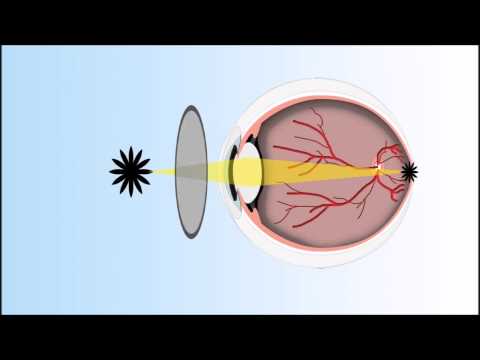 Presbyopia is an age related vision condition. It is a common vision problem. With presbyopia, basically the eyes lose the ability to focus closely on objects. Presbyopia reversal by means of corrective surgery is a relatively new innovation and can be performed by either LASIK or lens replacement. These two options are the most popular surgical methods to correct the condition.

With lens replacement the procedure is similar to that of a cataract operation – an intraocular lens is used to replace the faulty natural lens of the eye. With LASIK monovision, the cornea is surgically adjusted, one eye is adjusted for long vision, while the other is adjusted for near vision.

When presbyopia is present, the accommodative ability of the lens diminishes and it is no longer able to switch focus quickly from far to near and vice versa without losing clarity. The lens of the eye is designed to change its curvature dependent up how far or near an object is, and with age this ability diminishes causing a person’s vision to blur.

There is no single cause for presbyopia but the most common theory in the past has been the Helmholtz theory. Mr. Helmholtz invented the opthalmoscope, and his theory states that with age the lens hardens, or becomes stiffer (pretty much like everything else in old age), and cannot change curvature properly.

In more recent times a new theory has become popular – the Schachar theory. This theory postulates that the lens continues to grow throughout life and the presbyopia is caused because of this growth, rather than a stiffening from age. As this growth continues it expands the lens and leaves less space for the ciliary muscle to control it, so the lens is no longer able to steepens to focus clearly on various distant or close objects.

Based on the Schachar theory, the FDA is still testing various surgical treatments to correct or reverse presbyopia with mixed results. Certain forms of surgical intervention to correct the problem are already available. Although some of the laser presbyopia reversal methods do not have official FDA approval, they are allowed because there is no use of unapproved devices or drugs.

Natural Vision Correction – The Beginning Many people have vision impairments. Glasses have been around for centuries to help...
Read more
Eye Conditions and Disorders

Vision Therapy – An Intro Vision problems originate when a person’s eyes are unable to communicate correctly with their...
Read more

A Detailed Look at the LASIK Procedure

A Detailed Look at the LASIK Procedure LASIK, which stands for Laser In Situ Keratomileusis, is a refractive surgical...
Read more

An Overview of Custom Wavefront Lasik Surgery A very popular way to correct the vision of people who are...
Read more

What is an Excimer Laser? Laser vision correction surgery would not be possible without one of the most intriguing...
Read more