All About Refractive Surgery 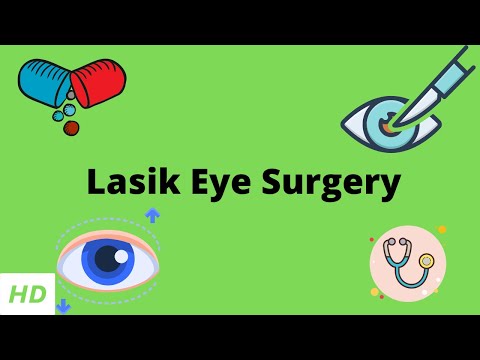 All About Refractive Surgery

Refractive eye surgery is a type of corrective surgery for the eyes in which a surgeon attempts to change the focusing characteristics of the eye by altering the shape of the cornea, implanting artificial lenses, or by changing the eye in other ways thereby achieving a clearer image. There are three forms of refractive surgeries that are performed regularly. They are:

Although all of the refractive laser eye surgery methods discussed are safe it is still surgery and therefore there are some risks. These risks can be broken down into three main categories: over or under correction, complications after the surgery, and damage to the eye. The most common of these risk is the over or under correction of the eye. Basically, this means that the focusing power of the eye is either too great or too small.

Luckily, this can be easily fixed by repeating the surgery. The second risk category, complications after surgery, can range from inflammation to infections to corneal scarring. Many of these refractive surgery complications are usually mild and will go away with time. However, some of them can be rather serious and a permanent loss of vision can result. The third and final refractive surgery risks category, damage to the eye, consists of the surgeon cutting too deep or not deep enough. A majority of the time damages to the eye are a result of an unskilled surgeon or faulty equipment. This is why it is extremely important to do your research before having a surgery of this magnitude.

So, how do you know if you should have refractive laser eye surgery? Well, the best way to make this decision is with
your doctor, however people who suffer from the following conditions would be considered good candidates:

LASIK Complications and How to Avoid Them

LASIK Complications and How to Avoid Them LASIK is an abbreviation for laser-assisted in situ keratomileusis, a type refractive...
Read more
Astigmatism

Common Vision Problems and Tips for Prevention Many people today suffer from vision impairments. There are many different vision...
Read more
Astigmatism

Conductive Keratoplasty Eye Surgery If you find yourself holding menus at an arm’s length, you might feel ready to...
Read more

A Detailed Look at the LASIK Procedure

A Detailed Look at the LASIK Procedure LASIK, which stands for Laser In Situ Keratomileusis, is a refractive surgical...
Read more

An Overview of Custom Wavefront Lasik Surgery A very popular way to correct the vision of people who are...
Read more

What is an Excimer Laser? Laser vision correction surgery would not be possible without one of the most intriguing...
Read more